It’s been a good while since i ventured over to Justin.tv, but i noticed Spike Hammond was casting over there so thought ‘what the hell’, will go and chill with him for an hour or two.
Anyway, after about half an hour or so, the cast suddenly died and i was just about to blame my VPN going down, then i noticed this appear on the screen: 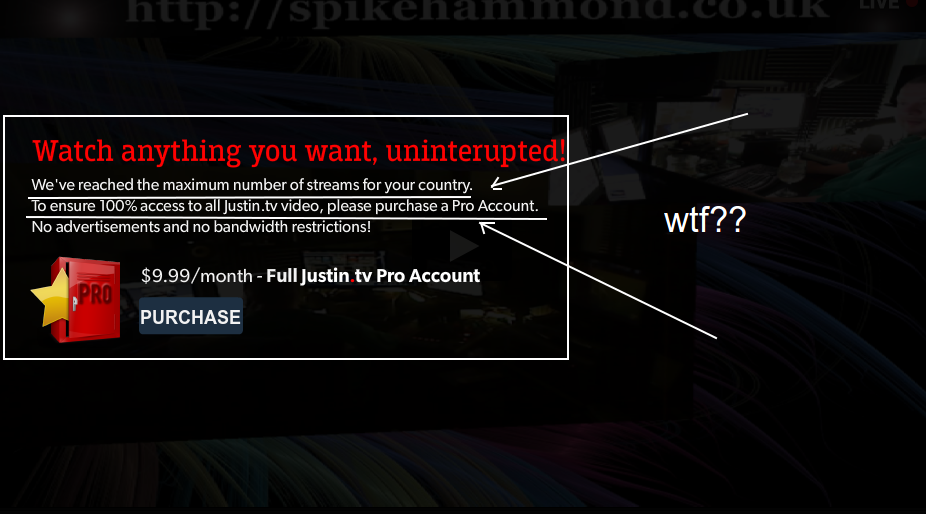 When did this kick in? Last time i was watching casts on there, i never got that. So, you got to pay $10 a month to watch a cast, or you may end up being cut off. Sounds good business sense.