After finally getting everything back up and running, i popped in to Lethal Dose Radio and was having a chat with Shezzer and Dicky, no arguing, no name calling , just general chat. But it seems my questioning of whether CaliVal really is Val, and not Victor, or whether she really is as pretty as her profile pics suggest has hit a raw nerve lol.

She was lurking as a guest at first, posting the usual hatred that comes from her/his mouth: 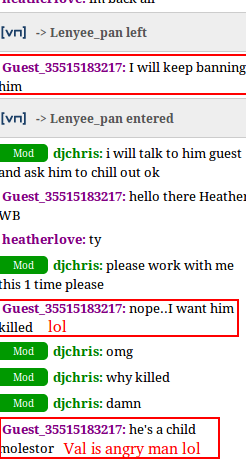 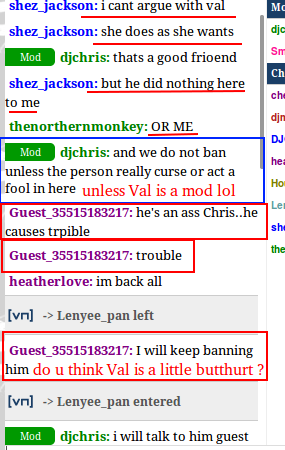 Now to be fair to Dicky and Shezzer, they could of easily stirred things up a bit with Chris, but they explained that no drama was going on and were puzzled by Val’s actions, especially as the channels rules are posted there in simple terms.

So just what has got Valerie or Victor or whatever it is, just sooooo angry? Ok, lets look at the facts here:

1 – Nobody seems to have ever met or seen Val, or certainly not that i have ever come across.
2 – She has loads of fake accounts, such as Smiley_Cyrus, Banksy and god knows how many others, all with fake profile pics, so who’s to say that the pics she uses for CaliVal are not uploaded from Google like the others?
3 –  She uses those pics to manipulate all the lads on Vaughn, do you honestly think she would have so many people going out of their way for her if they hadn’t seen her profile? I mean, she’s hardly a great mod, most of her posts are half page length emoticons which she spam’s the shit out of cast’s with, like below: 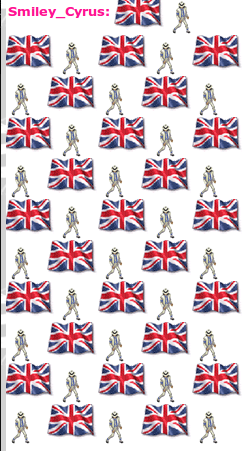 So now i’ve got her so angry, it’s got me thinking i’ve hit upon something she doesn’t want anyone to know. Well, it would be rude not to start investigating just what she is hiding and reveal just who the real CaliVal is ( as long as she doesn’t get me killed in the meantime) Let operation hidden willy begin 😉

One Thought to “I Think We May Have Touched A Nerve”