PreciousP is a full blown idiot, but it was interesting to see her bring up the Justin Bieber racism story on Abstracts cast the other morning. What made it interesting is the fact CaliVal (this time using her CrackheadKimmy account) was in the room at the time.

You would have to be a Vaughn virgin or been away for the last 6 months not to know Val is obsessed with Justin Bieber, so it was a question of, would she agree with Precious and rightly condemn what he said, or would her abandoned vag cause the lust to take over common sense and defend him? 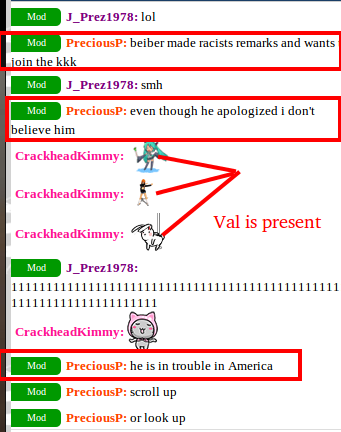 As you can clearly see, Val is there, doing her usual emoticon spamming. 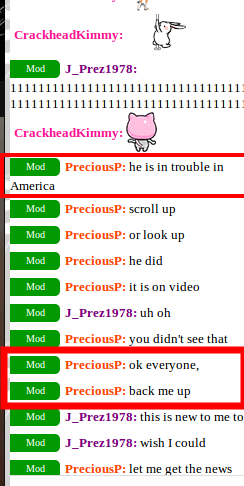 As Abs doesn’t believe it, Precious asks everyone in the room to confirm it’s true, so surely now, with all the accusations Val made about DiscoDave and the lads being racist over an ‘eating pork’ comment, surely she’s going to help Precious out and confirm that it is in fact true that Bieber was twice shown on video laughing about black people getting murdered and praising the KKK? 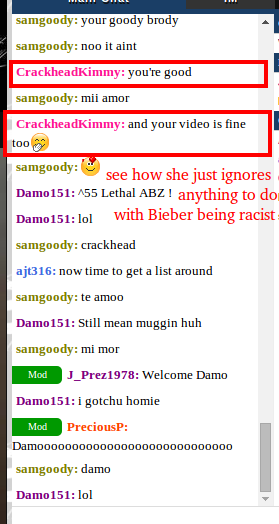 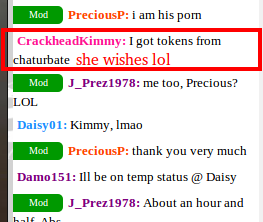 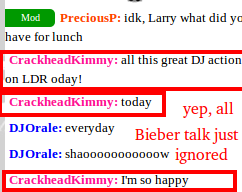 Nope, not a single word on the subject. Looks like her lust for Bieber makes it fine to be racist. I’ve never seen anyone try to change a subject so quick in my life….

Another hypocrite in the gang eh.

One Thought to “Precious Discusses The Bieber Scandal”