He’s mentioned a few times that his wife is having a hard time with her latest pregnancy, which having been through a similar situation, i know is an awful time. But Shezzer man, you need to spend a bit more time with the wife, rather than sitting in that loft all day and night and leaving her on her own to run around after the kids.

Don’t get me wrong, i’m not saying sit there babysitting her sort of thing all day, but Shez dude, you were casting all day yesterday and was still in the loft even when other people were on. Then you said you were going to watch Hankslounge after that…

Even Val spoke some sense for once in her concern: 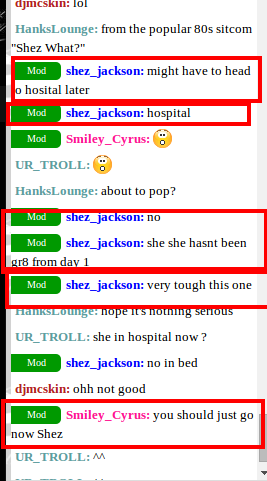 We all love the t’internet, but sometimes you just have to take a back seat and this is one of them. I’m not trolling you now, i’m just saying, there is nothing worse than being ill and having to do everything yourself.

One Thought to “Shez Jackson: The Wife Is Ill”