I know that LDR is getting trounced in the viewing ratings on Vaughn, but are things that bad that they have to start having conversations with themselves?

I was sat watching Shez drive round and around in his car ( i know, but you just know if you wait long enough, the lulz will come) when suddenly UK Invasion signed in. Ok, it’s pretty much a given that the camp is split, so realistically, it could only have been NorthernMonkey, as the others don’t have anything to do with Shez and Rich any longer.
But it was strange, as in when one sent a message to the other, there was like this unusual gap between the replies. Anyway, this went on for a while, when UK Invasion posted this:

Hmm, strange thing to say out of the blue, especially when Shez was casting on LDR and there wasn’t even any trolling. So myself being a nosey tw*t and sensing something not right, heads over to the Invasion channel, where, everything makes sense 😉 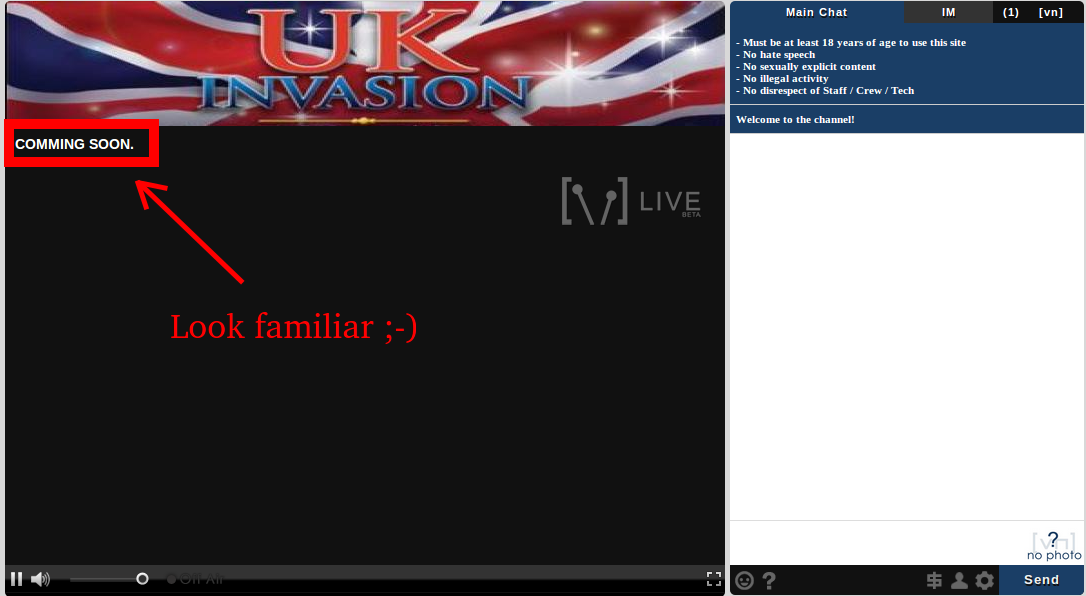 Look familiar? Just in case you are new or don’t remember, see below:

Now what are the chances of 2 different people spelling ‘coming‘ like that lol?

Like i’ve been saying from day one, UK Invasion was/is Shez Jackson, not some random bloke who just happened to make the channel up for them, then use an anonymous e-mail addy to send them the stream key …true story 😉

Nope, it is and always has been Shez, so Shez was talking to….Shez. I just wonder if now he’s realised that LDR is an absolute musical disaster, he’s thinking of trying to bring the UK Invasion channel back to life?

2 Thoughts to “Shez Talks To Himself”