Have you noticed how Shez won’t go on cam anymore? He’s casting most days now on LDR, yet only screens his same old same old and just pops the microphone on now and then to say hello to whoever is in the room.
Don’t forget, this is the self proclaimed ‘showman’ and the ‘entertainer’….

That is what the Shez_Jackson Experience is these days, watching a car drive around the same road over and over and over. This literally goes on for about 20 minutes or more, before we get treated to the old Shez dancing Gif, that funnily enough is also played over and over.
Green screen was hip about 2-3 years ago when Hank first appeared on Vaughn. But after a few months, it becomes boring, especially when everyone finds out just how easy it is to do, hell, even TunesFM doesn’t bother with it anymore lol. Sorry Shezzer, but as the viewing figures will show, showing a car go around or you flying through the air won’t ever bring you 70-80+ viewers like it used to, people and cast’s have moved on.
Even Dicky and Ben noticed nobody could even be arsed after about 15 mins.

Oh, and he’s still attending the NorthernMonkey school of spelling: 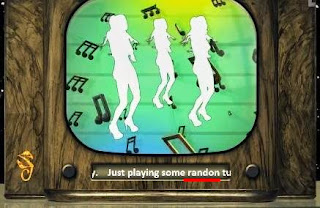 One Thought to “This Is An Entertainer….Apparently!”